The stories behind the world's most recognizable and interesting veteran journeys.

Listen to Eythan's story starting from his time in the military, the discharge process he went through, how he heard about WithYouWithMe and the things he wish he knew before he discharged.
‍
LISTEN HERE

Greg Hanniman  discusses his time in the military, working with the UN in Africa and his transition out of the military into Cyber Security and working with WithYouWithMe in Canada as part of our Canadian Workforce Enablement Program
LISTEN HERE

Meet Sean, Former Personnel Selection Officer in the Canadian Armed Forces who is now a Cyber Assurance Project Manager at WithYouWithMe. In December 2020 after losing his job due to COVID, Sean was offered a job within the month.
LISTEN HERE

Meet Gareth, Former General Service Officer in the Australian Army in the Armoured Corps who is now a Automation Developer for Warfare Innovation Navy.  now an RPA Developer working in a mature Government teams.
LISTEN HERE 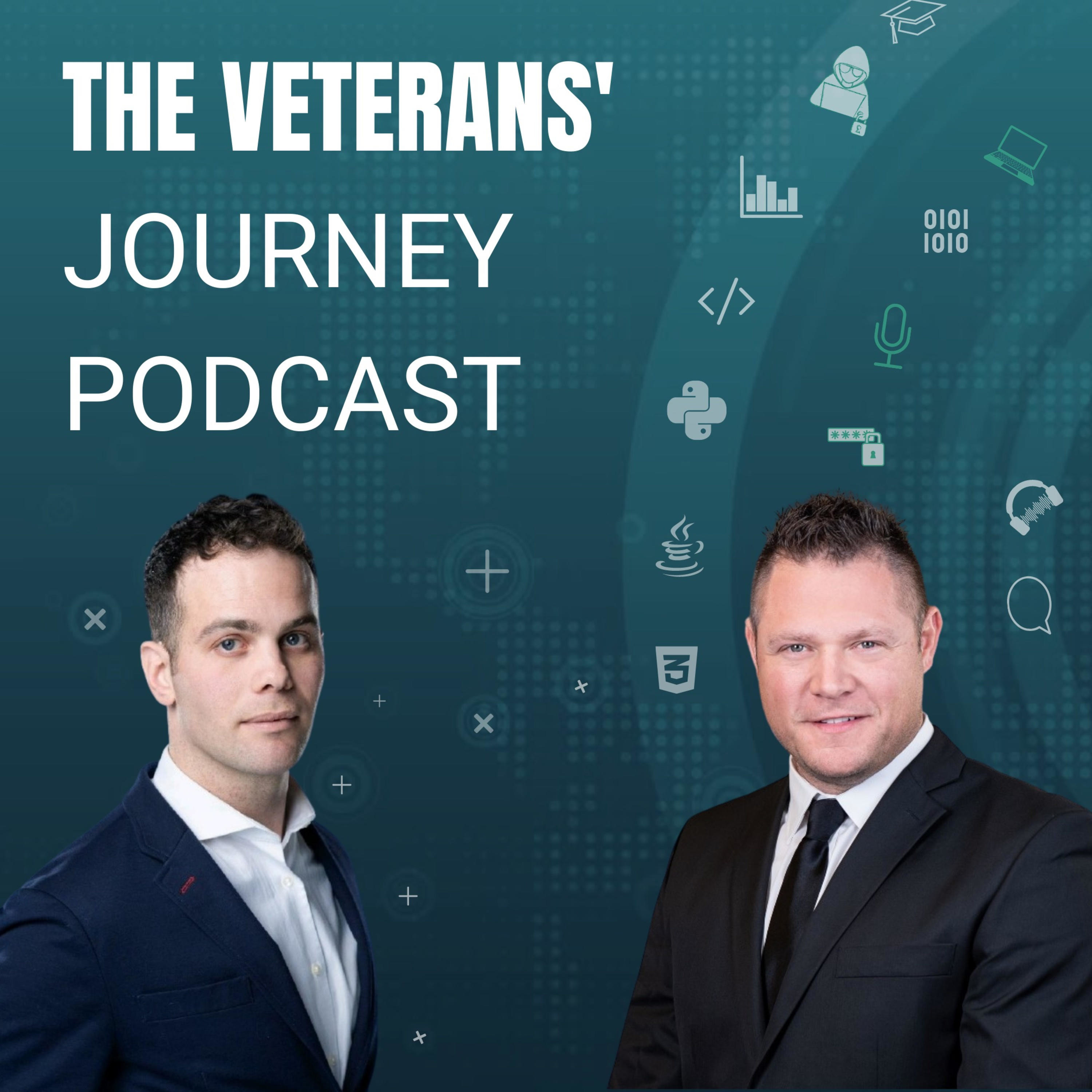 Anywhere from 2.5 to 3 million in training, degree to masters level, why is it so hard to transfer these...

May 7, 2021
Andrew (Andy) Choquette served for over 34 years in the Canadian Armed Forces. After two years as a military policeman in Québec City with 55 MPL, and another two years without a plan, he listened to his father, believed the CAF recruiter who had regaled him with tales of exotic locales such as CFS Bermuda, and enrolled in the Communications Research trade. Initial tours of Leitrim, Alert, and Czech language training, led him to tours of Somalia, Bosnia, and Afghanistan. Andy spent his career continuously upskilling within the Comms Research trade and went from learning morse code to conducting enhanced cyber operations with NATO satellites. After obtaining the rank of Chief Warrant Officer, Andy accepted a commission and retired from the CAF as a Captain.
LISTEN HERE

Getting stopped for thinking outside the box while in the forces? Maybe it's a sign the time to...

April 30, 2021
Veda Rajole is a former Master Corporal Medic from the Canadian Armed Forces (CAF). Since releasing from the CAF in 2017, Veda has started a business with his business partner (also a CAF veteran), and has established a successful cafe called Les Mouilins La Fayette in downtown Ottawa. Join us as we speak to Veda about his military career, the skills he acquired in the CAF that have helped him transition from the military into entrepreneurship, how he has been surviving COVID-19 as a small business owner, and advice for former CAF members looking to start a business following their military career.
LISTEN HERE

November 12, 2020
Mark Michael is a constable with the Toronto Police Services (TPS), and previously served in the Canadian Armed Forces (CAF) as a member of the Military Police. Mark’s time in the CAF includes domestic deployments throughout Canada and an overseas deployment in the Sinai, Egypt as part of the Multinational Force and Observers (MFO). The MFO is responsible for overseeing the peacekeeping operations between the Arab Republic of Egypt, and the State of Israel. Mark shares his incredible insight into the training in the CAF, and the skills that CAF members possess that best prepare them for transition out of the military and into the civilian labor market.
LISTEN HERE

From Civilian To The CAF To Transitioning Out And Filling the Void That Was Left, With Education.

October 20, 2020
Veda Rajole is a former Master Corporal Medic from the Canadian Armed Forces (CAF). Since releasing from the CAF in 2017, Veda has started a business with his business partner (also a CAF veteran), and has established a successful cafe called Les Mouilins La Fayette in downtown Ottawa. Join us as we speak to Veda about his military career, the skills he acquired in the CAF that have helped him transition from the military into entrepreneurship, how he has been surviving COVID-19 as a small business owner, and advice for former CAF members looking to start a business following their military career.
LISTEN HERE

19 Years in the Armed Forces to Entrepreneur by Means of Leadership, Strategy and Performance Management.

October 5, 2020
This week, the Veteran's Journey is joined by Julien Chaput-Lemay, who is currently enrolled in the Data/analytics program. Julien served in the CAF as an infantry officer from 2001 to 2020 and retired last March to become an entrepreneur. As the responsible manager for personnel, operations, logistics and intelligence, Julien was able to acquire solid experience in leadership, strategic planning, and performance management. Of note, Julien served as the Canadian Army lead business planner, line and service company commander at 2nd Battalion Royal 22e Regiment.
LISTEN HERE

Preparing for a Role in the Private Sector as a Veteran

September 25, 2020
This week's guest is Michael Nelson. Michael has served with the Canadian Armed Forces (CAF) since 2009 as an Intelligence Officer and deployed in theatre throughout the Middle East and Africa. Since then, Michael entered the Telfer School of Management at the University of Ottawa and founded his own business CINTIQS: a company that provides military, industry, and business expertise to help other businesses thrive in the global MilTech eco-system and beyond. Michael speaks about how the training and deployment opportunities provided by the CAF prepared him for a career in the private sector, and how military experiences situate CAF members perfectly to transfer successfully from the military.
LISTEN HERE

Continued Learning and Up-Skilling and its Positive Effects Post CAF.

September 19, 2020
This week's guest is Chris Munro, a Program Advisor-Veterans Transition to Education and lecturer at Ryerson University in Toronto, Ontario. Chris Munro was 17 years old when he joined the Canadian Armed Forces (CAF), participating in Canada’s 1980s peacekeeping missions for the rest of his early adulthood. In his early 50’s, Chris completed his Master of Social Work as a graduate from Ryerson University’s Spanning the Gaps program, where he is now employed as a Veterans Transition to Education coordinator. Chris talks about transition and the positive benefits that continued learning and upskilling will have for members leaving the CAF.
LISTEN HERE

September 17, 2020
This week we are joined by Derek Dobson, a Global Defence Co-Lead with Ernst and Young (EY). Derek is a strong advocate for the Cyber Workforce Enablement Program (CWEP). Derek’s military career spanned 20 years in both the British Army and the Canadian Armed Forces. Since then, Derek successfully transitioned into the private sector and has become a public promoter for military members transitioning out of the military, and passionately highlights the unique skills that military members gain and possess through their military service. Derek believes their experiences make military members and veterans ideal candidates for future employment in Cyber.
LISTEN HERE